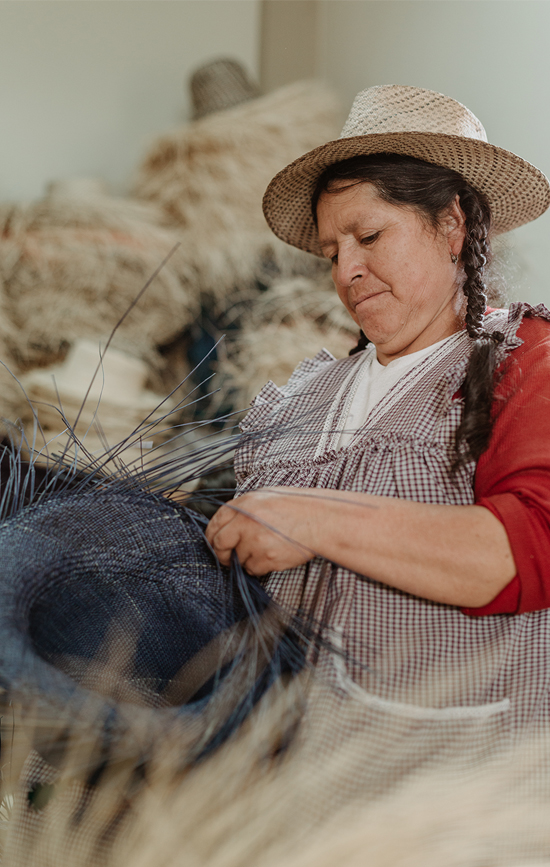 Mistakenly known as "Panama Hats", toquilla straw hats, made entirely by hand by Ecuadorian weavers, are the result of an ancient technique, originated in the coast and highlands of Ecuador. Time has converted them into a significant part of our cultural identity.

There is evidence that the elaboration of toquilla straw hats began in the Pre-Columbian Integration period (500 B.C – 1500 A.C.). Figurines with head protecting artifacts, similar to helmets, have been discovered. The material of these also called "head-dresses" might be straw, obtained from the carludovica palmata. 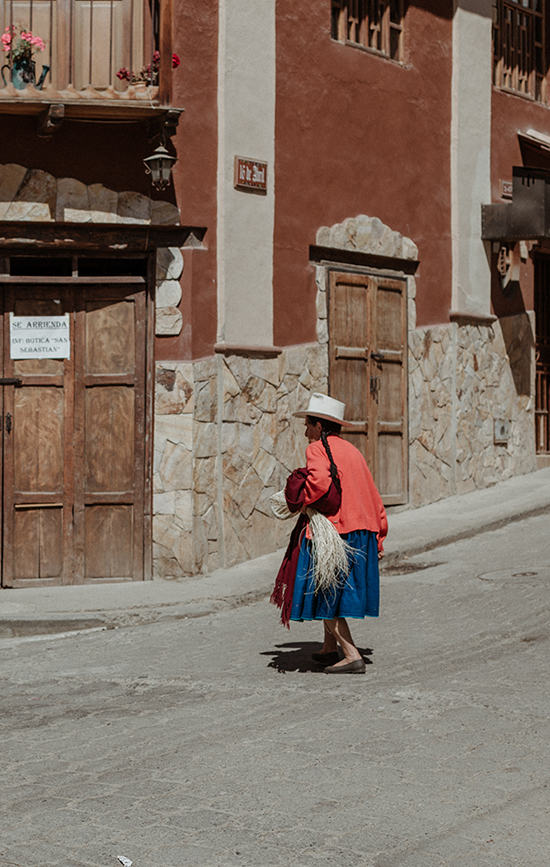 In 1534, the indigenous of the coast manufactured theses head-dresses in order to protect themselves from the sun, and as time went by, their production became known by the conquerors because of the comfort offered by these fine quality materials.

Legend tells that when the construction of the Panama Canal began, toquilla straw hats were already being exported to the mentioned country, to be used as means of protection from the sun by the workers of the canal. The exported hats did not include its origin, therefore the erroneous "Panama Hat" name came to life.

When President Theodore Roosevelt visited the canal, he immediately fell in love with the hat, and the world famous pictures of him wearing it made it even more popular around the globe. It was then, when the toquilla straw hat became glorified and known as the prince of the straw hats.

Nowadays, this type of hat is still being used all over the world, and it is not uncommon to see them being worn in the most famous catwalks, and along the pages of the finest fashion magazines. 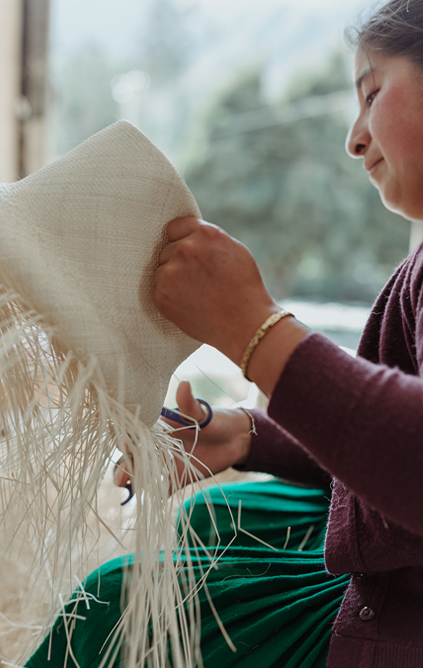 The raw material used in the fabrication of the hats, carludovica palmata, commonly known as toquilla straw, is a plant native to Ecuador. It is grown in the Coast and Amazon regions, in the provinces of Manabí, Guayas, Esmeraldas and Morona Santiago. Its fan-shaped leaves can reach up to 3 meters long. The outer side of the leaves is green, and the part used to make the hats, the center, is ivory.

The fiber is obtained during the morning hours, to assure that the tropical sun does not reduce its flexibility. The stems are cut, divided, cleaned and boiled, and later wind dried. Once ready, the best fibers are selected and thin threads are pulled out of them.

The weaving of the hat, which has three parts (template, top and lap) can last from a week up to many months, depending in the thickness of the straw. It is later washed and bleached. Further on, the cup is placed in a hat block to give its shape, and finally it is ironed and brushed.

The entire process is completely made by hand at the homes of the artisans, their usual place of work. This activity forms an integral part of their lives, and its technique has been passed on from generation to generation, from colonial times to the present, remaining intact and thus becoming a tradition.

Do you know your size?

1.-Measure your head by placing a measuring tape where you would want to place your Allpa hat (approximately half an inch above the eyebrows). Place the tape in the widest part of the head and wrap it around and over the upper tip of the ears.

2.-Follow the circumference of your head. Do not wrap it too tight.

3.-Repeat the process at least twice to ensure that the result is as accurate as possible. Always remember that the important thing is that it feels comfortable.

4.-Compare the measurement you obtained with the size chart. If the number is not within the scale, round it off to the next higher number.